Gibbs cleared his throat. “I’m confused, Guert. I thought we’d agreed to postpone new projects until we recapitalized. We got hammered in the markets, we’re hemorrhaging financial aid, and” – he met Affenlight’s eye steadily – “there’s almost noting coming in from donors.”
Affenlight understood the admonition. He was the fund-raiser, the face of the school; in his first year on the job he’d mounted the most successful capital campaign in Westish history. But the economy of recent years – the collapse, the crisis, the recession, whatever you called it – had both eroded those gains and frightened donors. His influence among the trustees, once almost boundless, was gently on the wane.
“And now,” Bruce went on, “suddenly you’re putting all these new initiatives on the table. Low-flow plumbing. A complete carbon inventory Temperature setbacks. Guert, where is this crap coming from?”
“From the students,” said Affenlight. “I’ve been working closely with several student groups.” Really, he’d been working loosely with one student – the same student he wanted desperately to get down to the baseball diamond to see. But Gibbs didn’t need to know that. It was true enough that the students wanted to cut carbon.
“The students,” said Gibbs, “don’t quite understand the world. Remember when they made us divest from oil? Oil is money. They complain about tuition increases, and then they complain when the endowment ears money.”
“Cutting emissions will be a PR boon,” Affenlight said. “And it’ll save us tens of thousands on energy. Most of our benchmark schools are already doing it.”
“Listen to yourself. How can it be an PR boon if our benchmarks are already doing it? If we’re not the first movers on this, then we’re back in the pack. There’s no PR in the pack. Might as well sit back and learn from their mistakes.”
“Bruce, the pack’s way out ahead of us. ecological responsibility is basically an industry ante at this point. It’s becoming a top-five decision factor for prospective students. If we don’t recognize that, we’ll get hammered on every admissions tour till the cows come home.”
Gibbs sighted, stood up, and hobbled to the window. Management consulting terms like industry ante and decision factor were the glue of their relationship – Affenlight tried to learn as many of them as possible, and to intuit or invent the ones he hadn’t learned. Gibbs gazed out at the Melville statue that overlooked the lake. “If it’s a decision factor we’ll deal with it,” he said. “But I doubt we can afford it this year.”
“We should get started now,” Affenlight replied. “Global warming waits for no man.” 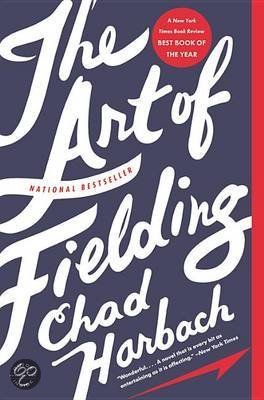